It’s my understanding that humans send a letter each Christmas detailing all the fun and exciting things that have happened in their lives since the last one.

I’m sure human adventures have little to compare to feline ones, but still, it’s sweet that you try. Now, to my own Christmas letter. Since I wasn’t here last year, being only six months old, we can all agree that the world is a better place now. I know you’ll want to hear about my whole life, so here it is: 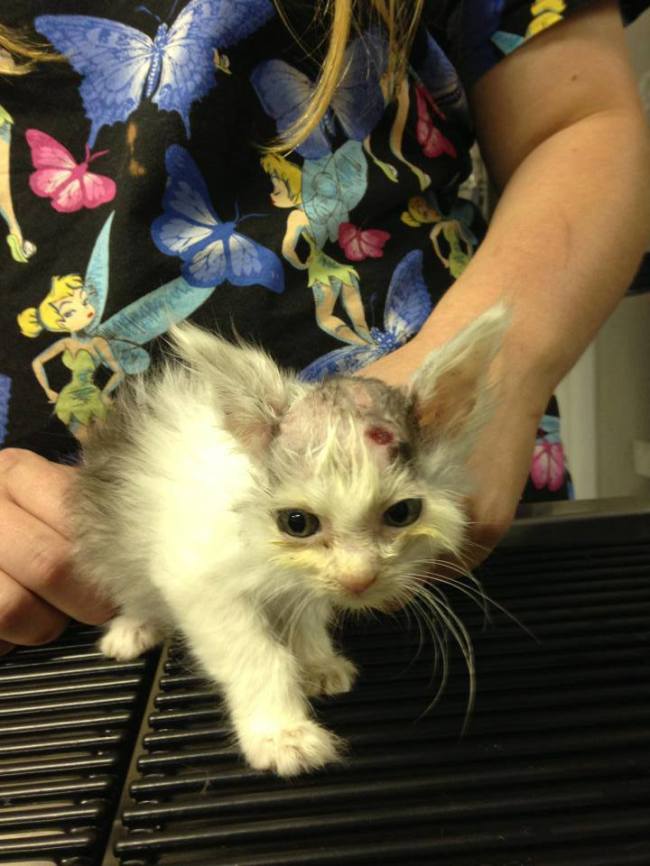 The first thing I remember is being cold and hungry in a big dark place, and a sharp sting on my head. Then there was a lady saying nice things in a reassuring voice, and a car ride, and I was at the doctor’s having my head shaved. They saved me from dying of fly-strike, so I don’t fault them for laughing, but is it my fault the haircut accentuated my ears? I have a tiny body, so I did rather look like a moth.

Then I went to the bookstore, and people began cuddling me and saying how adorable I was. This part was fun, but soon I began to suspect that the bookstore people were trying to get rid of me. When people came to cuddle me, they kept saying I was “available” for “adoption.” When they said this about the other kittens at the shop with me, they began disappearing one by one.

Hmmmm….. I liked it at the bookstore. There was Owen, the muscular, attractive guy just a year older than me. We like to…. wrestle. And then there’s Valkyttie, the elder cat, fragile and brittle but she’s taken me in paw. She watches me play with Owen and then regales me with her adventures as a younger cat. Apparently she was quite the looker.

Now who would want to leave such a complete family, so I activated a cunning plan to stay. One of the humans who worked there seemed content to let me be, but I sensed resistance in the man. I set to work, rubbing my long silky fur against his ankles, leaping into his lap and purring as I nestled against his chest, gazing up with limpid hazel eyes, even emitting pathetic little mews in the mornings as he sipped his coffee, until he’d lean down and set me on his shoulder. 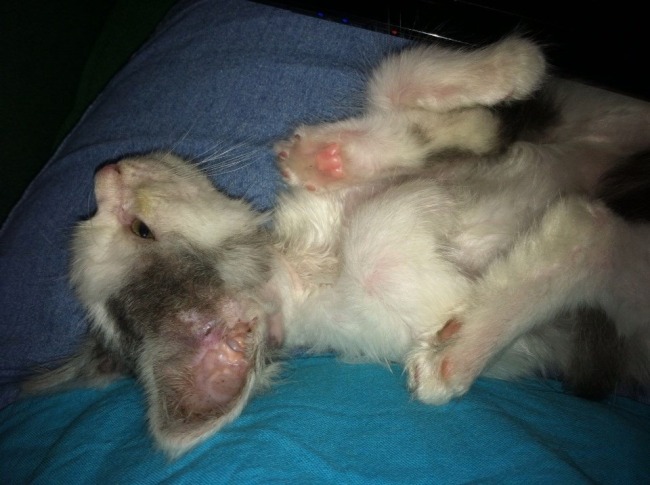 I thought it was all going well until one day I saw them packing my bowl and some favorite sparkly toys in a bag. I’d been “adoption”-ed? Well, I wasn’t having that, so I straightaway jumped into the man’s lap, lay on my back purring, and batted his mustache with my little pink paw.

So next Christmas my letter will again come from the bookstore, and meanwhile I pray for all the homeless kittens everywhere to find a safe and warm family, and for their owners to make sure they don’t have kittens themselves. 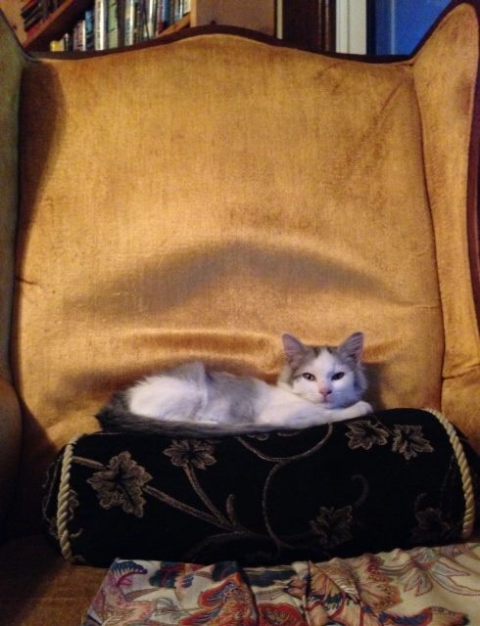