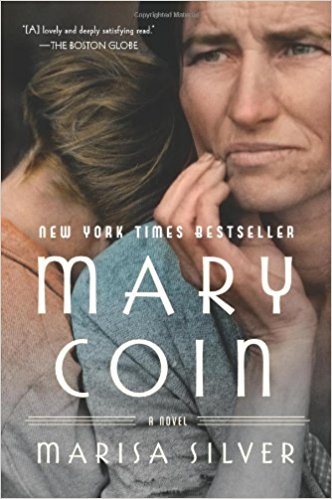 It is one of the most iconic photos in American history. You’ve seen it, I’m sure: The black and white image puts the figures in stark relief; A mother holds a baby who is barely visible, bundled in a thick blanket against the wind.  Two of her other children, half Cherokee on their mother’s side, hide their faces as if, like some Native Americans in the 19th century, they are afraid the camera would steal their souls. Their hair shows the results of what was once called a “bowl cut,” wherein the vessel is placed upside down on the head and the hair trimmed to fit the rim.

And there is the mother, exhibiting what approaches the “thousand-yard stare;” the look that appears on the faces of soldiers after long periods of intense combat.

Look closer: See the torn fabric of her threadbare dress? Closer again: Notice the dirt caked around her fingernails? What the photo doesn’t show, can’t show, except for the after effects manifested on her face, are the conditions of her squalid life. She has been in close combat with that immutable enemy, starvation. She is sitting at a “pea camp,” where she came to eke out a few cents a day picking peas. But there are no peas to pick.  A freezing rain wiped out the crop the night before she arrived. They have been surviving by gleaning produce from the ruined fields and eating what birds her children can kill.

She has just sold the tires off her car to buy food.

In her book, Mary Coin (Penguin Group, 2014) Marisa Silver takes a very close look at this woman, whose real name was Florence Owens Thompson, and also Vera Duerr (Dorthea Lang), the woman who took the photo while working in FDR’s New Deal. The photo was colorized for the book cover.

Vera is handicapped, as was Dorthea, with a limp due to a bout of polio as a child. Mary is handicapped by being poorly educated, widowed, pregnant with her sixth child, and left to follow the crops as a migrant worker across the West.

The picture and its provenance form the heart of the story, which closely tracks the real lives of the two women. Not much is made about how their paths crossed. In the book as in life it was more-or-less accidental, or, one might say, providential.

After a somewhat confusing start the story picks up speed in the middle and races to the end with a surprising and somewhat disquieting plot twist.

The book poses questions about what constitutes one’s identity in a technological world, and what a mother may sacrifice for the sake of her children.

Neither Dorothea nor Florence were ever remunerated for the photo. Since Dorthea was working for the government, the picture is in the public domain. When Florence, who spent her life doing menial labor, had a stroke in 1983, her children tried to use her notoriety to solicit contributions to help pay her medical bills. They garnered $35,000. Florence died the same year.

Mary Coin, in the end, is left to contemplate who she is, what she has lost, and what her future holds.