The Monday Book: SEE NO EVIL by Robert Baer 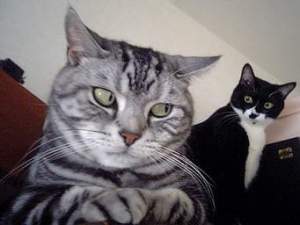 When I teach Cultural Geography, I sometimes assign the film Syriana as an extra credit option. Inevitably, all but the brightest students turn in something along the lines of “I couldn’t figure out who the good guys and the bad guys were in this movie because everything was so twisted up.”

Baer is the “Bob” who inspired the film, and who (spoiler alert) dies in the airstrike he tries to prevent. And if you think Syriana is convulted, try reading this memoir of Baer’s life in the CIA. On the one hand, it is chronological of the guy’s life experiences. On the other, it describes in bland prose some of the most amazing twists and turns. It would be a great spy novel if you didn’t know people had died because of it.

As an example of how Baer lays out the frustration and confusion, he goes to a small Kurdish-held village on the Iranian border to see what the Iraqi official he’s working with has done: one person says he attacked the village; he swears he didn’t. After a four-hour trip in a Toyota truck mounted with gun turrets (which means he pretty much looked like the Taliban, this American CIA operative) they arrive to find the village has been shelled. He calls his Iraqi contact and says “I know what you did.”

As Baer writes, ” ‘You betrayed me,’ was his only response….. only in the Middle East could you betray someone by refusing to accept the lie he had told you in the first place.”

The book is dated as current history, but as a story of why systems continue to fail because of human personality, it’s pretty much timeless. If you’ve ever read The Prince of the Marshes, by British author Rory Stewart, Baer’s is pretty much the American equivalent.

The funny thing is, Baer makes things very clear even though he really can’t write for beans. His prose is flat, sometimes his verbs are suspect, and he never waxes poetic or gets on a soapbox. Perhaps that helps, in a memoir delivering so many mixed messages while trying to hold onto its own main theme: We’re screwed.