Jack’s Wednesday guest blog post appears on Wednesday again – amazing!
Wendy and I have been so busy with other stuff the last couple of years that we haven’t been running as many events in the bookstore as we used to. But we still do from time to time and usually at the instigation of someone else who just thinks it’s a cool place to stage something.
Which is how we ended up with an amazing and wonderful house-concert on Sunday evening.
But this story really starts about seven years ago when I was contacted by a woman in North Carolina, who’s daughter had just won the junior section of the US Scottish fiddling championships. She asked if I’d like to interview her on my weekly Celtic music radio show – so I did. The daughter, Maura Shawn Scanlin, was fifteen years old and quite shy, until she started playing!
A couple of years later her mother again contacted me as Maura Shawn had now won the senior championship. So, once again she was in the studios of WETS in Johnson City and was now a much more confident young woman. The next thing, she was invited to compete in the Glenfiddich World Championships in Scotland – which she won! Here’s a link: https://youtu.be/YL0GCNsuEJE
Finally, a couple of months ago Maura Shawn, who now lives and studies music in Boston, herself emailed me to say she’d be in the area and would we be able to host a concert in the bookstore. The only problem was that it would have to be on a Sunday, which isn’t a normal day for us to run events. But we decided to take a chance and I also decided to record the concert for a future radio show.
I now record my shows at the home studio of a very expert friend who lives close by, so Dirk was up for giving it a go. Except he was short of some essential mics and stands, which is where another couple of friends, Mark and Alan, stepped in.
Maura Shawn, like most professional musicians can only survive financially by playing in various bands and line-ups and for this she would be half of a duo with a guitarist called Connor Hearn, who I’d never heard or heard of. I was a little nervous but shouldn’t have been! I was also very nervous whether we’d get an audience at five o’clock on a Sunday afternoon!! 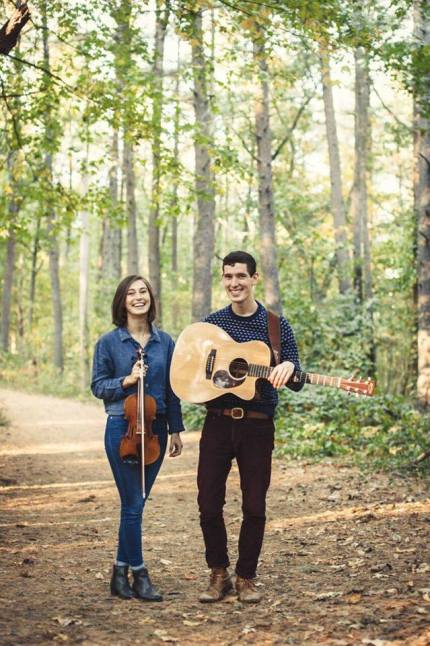 I set out fifteen chairs, then added a couple more – and more, as they all started arriving until we were completely full.
The concert was wonderful, with a tremendous rapport between Maura Shawn and Connor, who’s guitar playing was magnificent. Everyone who attended was completely enthralled (including our dog Bert who was surprisingly well behaved). The next day Dirk sent me a recording of one of the music sets and it was also magnificent!
So maybe we should get back to doing more of this sort of thing! It felt very soul-restoring.

3 responses to “A Notable Occasion!”