The Monday Book: A MAN CALLED OVE by Fredrik Backman 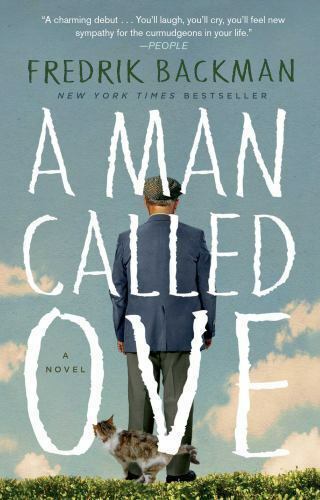 I got this book out of the library to listen to on a long drive. Mixed feelings about it.

On the one hand, the author’s similes are lovely. He describes a cat looking at Ove as though he had just opened the door to Jehovah’s Witnesses and offered them all the money in the house, etc. The writing is witty and satisfying.

The plot overall is predictable. Big gormless guy with a heart of gold buried under life’s disappointments is a mushy marshmallow who does the right thing while acting wrong about it. After about four charming stories showing his nice side, you got it.

If I had to describe this story, it’s one long character study. Ove marries a girl who winds up in a wheelchair after losing their child in a bus accident on what was meant to be a fun holiday; he is devoted to her for life. He loses his house because the council wants it torn down and refuses to put out a fire when it starts, and Ove doesn’t defend his own house because he’s helping the neighbors next door get out of theirs. His neighbor is going to be taken into care and Ove steps in with the others to keep this from happening.

At a certain point, you know Ove is always going to do the wrong small thing and the right big thing, so all that remains is to enjoy the way it’s described. Which I did. I like character studies. I just don’t want them to go on for 7 and a half hours of listening pleasure.

This is one of the few times where you might like the movie better than the book. Either is  a good pick-me-up, but had I been reading instead of listening to Ove, I might not have finished. Listening to it on Interstate 81 made me a better driver, giggling too much to get annoyed at the traffic snarls.