Jack makes it with time to spare for a change – – – 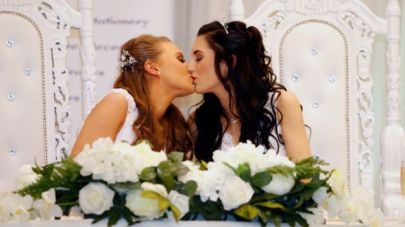 As we approach Valentine’s Day –

Wendy and I write a regular column for Living Tradition magazine on topics common to the American and British folk music scenes. Our most recent one was about same sex relationships in the ballads and songs as well as between the performers. It got me thinking about how these relationships were viewed as I was growing up in the Presbyterian culture of Scotland in the 1950s and 60s. I found that I couldn’t remember ever hearing anything. I suppose that it was probably hidden under the cloak of ‘female companions’ or ‘good friends’. I do know that my Grandad stopped attending Church because the minister berated two women in front of the congregation and I always wondered if that was what it was about. But I never found out the reason – if that was it then kudos to Peter Ferguson!

This got me thinking about what we consider ‘normal’, and then about the different ‘normals’ I’ve encountered over the last seventy eight years.

Living now in a fairly conservative and rural part of the United States which, until relatively recently, would have also shunned same sex couples, I see a big change. It seems like there’s an attitude of ‘sure, they’re gays but they’re OUR gays’. It’s a combination of unremarkable and un-remarked upon.

Of course it may just be because we move in particular circles, but in both Big Stone Gap and now in Wytheville we count ever more such couples among our friends.

But my ‘normal’ has changed as well over the years. Not just my personal circumstances, but the world in general. I went from a naïve apprentice house-painter to a businessman, to a college professor, to a bookstore owner. Along the way I was folksinger on the side, moved from Scotland to the US and from one marriage to another.

As I changed, learned and developed so did the world. As my ignorance was challenged so has the world’s.

There’s a ways to go yet but, but we’re getting there I hope – –