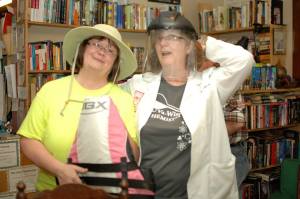 Last night was one of our famous semi-annual murder mysteries here in the bookstore. We use them to blow off steam and laugh at the events of the past six months. (They are less about whodunnit than letsfunit.)

So we asked the Provost of one of the two local colleges if he wanted to be murdered. His enigmatic reply–“Yes please”–set off a chain reaction of academics demanding to take part.  As it happened, our new chancellor had just arrived–one day ahead of our first campus emergency involving an alleged gunman (turned out to be a student hoax); we figured she might have some steam to blow off, so asked, somewhat shyly, if she wanted to participate. 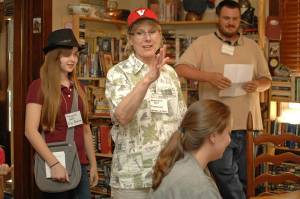 The Chancellor (in cap) flanked by her VC for Finance Sum Doing, and the detective who will be her undoing (played by her real-life daughter Margaret)

Heck yeah, came the response. Can I be the murderer?

We had fun, killing off the senior management at “Harvard in the Valley,” and since the Science Department Head, an IT member, and the Director of PR played themselves, the inside jokes were phenomenal. And must remain anonymously so. What’s said inside the bookstore stays inside the bookstore.

But y’all can enjoy the photos. Next murder will be this November. Sign up now. People are dying for the parts. 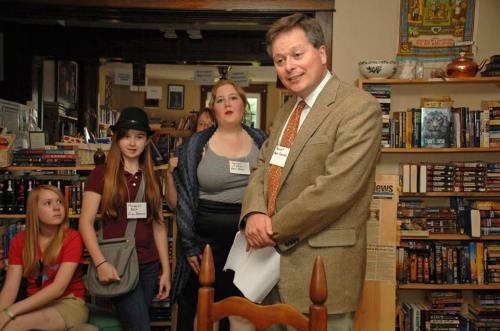 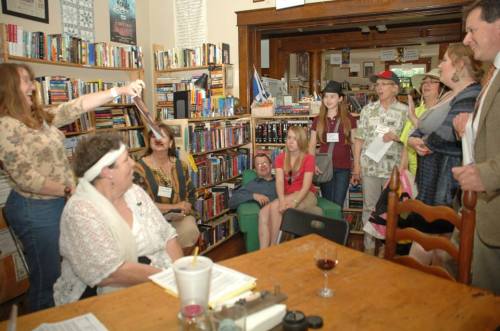 The Science Department Chair is not amused 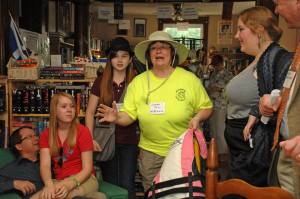 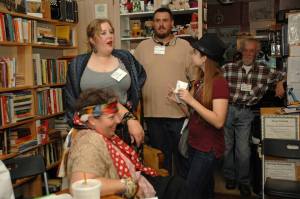 The Arts Department Chair, confronted by Girl Detective Margaret Bach, admits she “loaned” VC for Finance Sum Doing a few pennies here and there. In the forefront, Eng 1 (one of two contestants for the throne of Language and Lit head) looks on.

Eng 1 seeks aid from the Chancellor – lots of aid 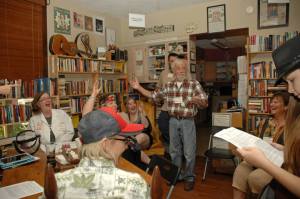 Hands up, everyone who’s had an affair with the Provost! 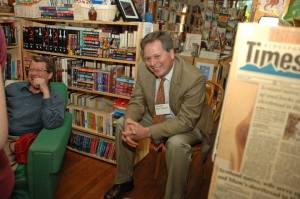 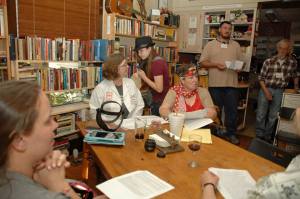 Margaret tries to match blackmail note with sender using perfume scent. Why does the Science Teacher smell like formaldehyde? 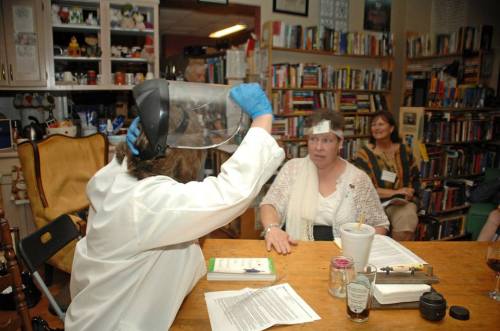 Science had a few words for English…. 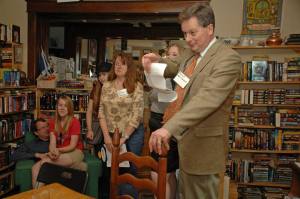 …. and the Provost (before his demise) had a few words for everyone 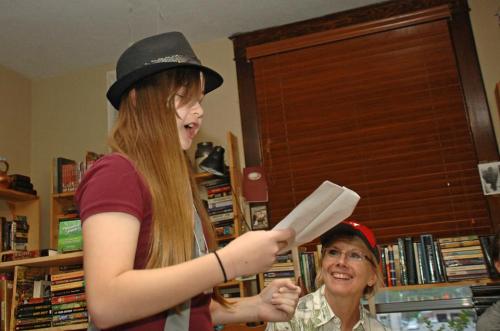 But the final words “and the murderer is” belonged to Margaret, who cracked the case. See how proud her mother is of her? Pity Mom was the one who got busted.