Long to Reign Over Us?

Well – Jack’s a day late and a dollar short – again

I have been watching the Netflix series ‘The Crown’ over the last few nights (with strict instructions from Wendy to not spoil it by swearing!). 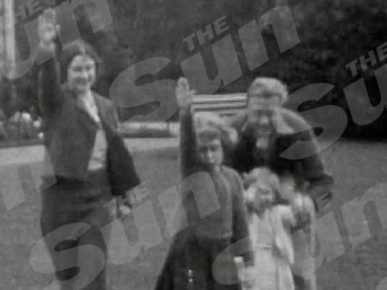 I should explain that, although I have some admiration for the Queen I have no time at all for the rest of them. I hover somewhere between a Monarch and a President as the figurehead for a democracy and can see the arguments both ways.

But the series does show that the British monarch sits at the top of a privileged establishment pyramid that rules and controls from ‘behind the curtain’, and in my view that’s the problem – always has been and is still.

We’re only part way through, but the most interesting angle for me is the history played out in parallel. The actual domestic stuff is a mixture of truth, gossip, innuendo and guesswork. It’s played well by the actors but in many ways it replays decades of media manipulation by a very hard working establishment.

It’s the stuff around the edge that I find most interesting. The ‘non-political’ Queen connected to lots of political situations. Her weekly audiences with the Prime Minister of the day.

Of course I lived most of my life through all of this – the Suez crisis, the Profumo affair, Churchill, McMillan, Home and Wilson. But I only saw what I was allowed to see! This series is revealing a lot of stuff that was hidden at the time, such as Philip’s link to the Profumo affair and the Nazi connections.

There are some interesting conversations between Elizabeth and Philip around the question – “are you in, or out”. He opted to be in because there was no alternative. The Duke of Windsor tried to get back in, and Princess Margaret opted to stay in, for what seemed to be mostly about the money and the lifestyle.

I will be continuing to watch the series with a mixture of personal memories and a not-so-open mind!

The Monday Book: The Story of the Tweed

Jack gets to do the book review this week –

The Story Of the Tweed by Herbert Maxwell

I’m not usually all that keen on travel books, but this one intrigued me as it’s about a part of Scotland with which I’m familiar. In fact I was there in June this year with my tour group, as I have been every other year for the last fourteen.

This is a facsimile reprint of a book first published in 1909, but it holds up well and could easily have been written more recently.

Maxwell traces the journey of the river Tweed from its source near Moffat to the North Sea at Berwick. But he takes a good few side turnings to explore the countryside, adjacent towns and other smaller rivers that feed into the Tweed.

The Tweed with the Eildon Hills in the background

Of course this is ‘ballad country’, and Maxwell was clearly well acquainted with many of them – many are quoted, including ‘The Dowie Dens o Yarrow’, ‘True Thomas’, ‘Johnnie Armstrong’ and more. Walter Scott’s famous ‘Minstrelsy of the Scottish Border’ is the definitive collection and it would seem Maxwell had his own copy!

The writing is excellent, descriptive and humorous. Much of Scotland’s history was played out in this ‘debatable land’ covering the much disputed border with England. Again the author proves himself well up to the task of dissecting and explaining the history as he leads us along. Like most of my generation my schooling included very little Scottish history so it’s through books like this that I’ve had to re-educate myself.

Maxwell is clearly a big fan of Walter Scott, who lived the last part of his life in his mansion beside the Tweed. It’s clear also that he, like Scott was a big supporter of the union of Scotland and England. However I think the reason was more to do with the ending of cross border raids and the establishment of peace than for the economic reasons Scott espoused.

If you can find a copy then I highly recommend this to anyone with connections to the area or with an interest in Scottish history and balladry. Fans of Outlander will also recognize some familiar themes!